This is the fourth in a series of articles that describe the unique traits of a corporate intrapreneur.

Productivity is the foundational attribute of an intrapreneur.  Initiative is a required next step. Neither of these attributes necessarily results in new ideas, and new ideas are of course an essential part of innovation.

New ideas are often generated during the third step, which is depicted below as Collaboration. 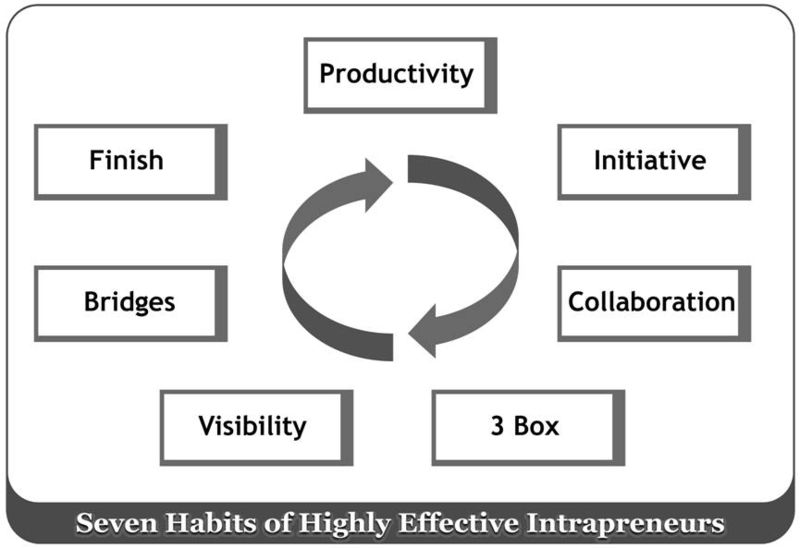 Intrapreneurs are, by necessity, highly collaborative. The reason they practice Habit #2 (initiative) is because they fully recognize their need for new knowledge. They don’t know all of the problems their current (or future) customers are experiencing, and they lack comprehensive knowledge of an adjacent sphere of technology that just might light an innovative spark of how to solve a problem differently.

To overcome these limitations, intrapreneurs collaborate. Perhaps the best way to illustrate intrapreneurial collaboration is with an actual story. This story is from my industry (high-tech), but the pattern is applicable across a wide range of industries.

The e-book Innovate With Influence describes a collaborative effort to produce an idea that translated into multiple billions of dollars of product revenue. The idea was instrumental in giving rise to the adoption of disk array technology by mid-range corporations (one notch below enterprise customers in terms of size).

The idea was originally motivated by the need to solve the most important customer requirement of an information storage system: data integrity. In the 1980s, a new technology known as RAID had arisen. RAID used mathematical techniques to re-create information from failed disk drives. If the math was wrong, the customer would receive corrupt data. Customers wanted RAID because it was faster than any disk technology previously available.

Thousands of lines of new software had to be written to implement RAID. Dozens of failure permutations could impact RAID systems.

How could this software be tested to prove that the math never failed? The intrapreneur in this case was highly productive and an expert in RAID. He had taken the initiative to understand the customer sphere. The diagram below highlights the need for an intrapreneur to find an adjacent technology and collaborate. 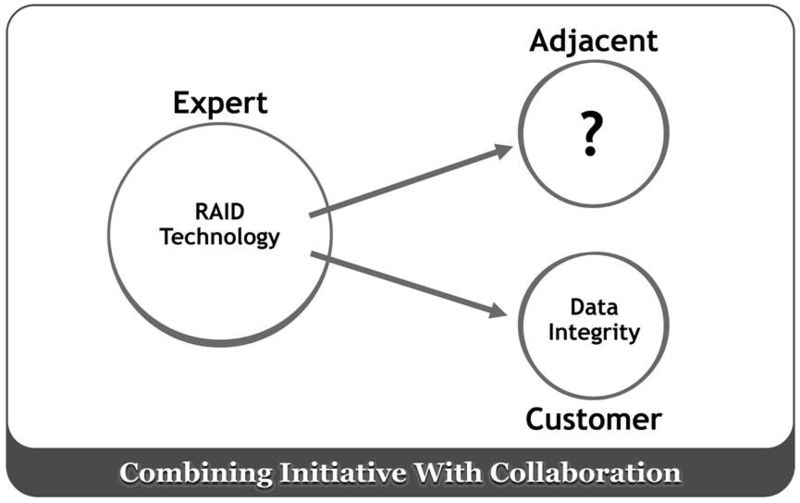 In this case, the adjacent technology was a very robust testing framework. This framework already verified data integrity, but it did not have a specific solution for verifying RAID disk arrays. Employees in the two technology spheres collaborated on new functionality that inserted tortuous fault events at every mathematical calculation point. This tool became internally known as the disk array qualifier (DAQ). The resulting disk array, known as VNX®, achieved superior levels of quality that led to well over $12 billion of revenue generation in a 20-year period. The figure below depicts a Venn diagram of the DAQ solution. 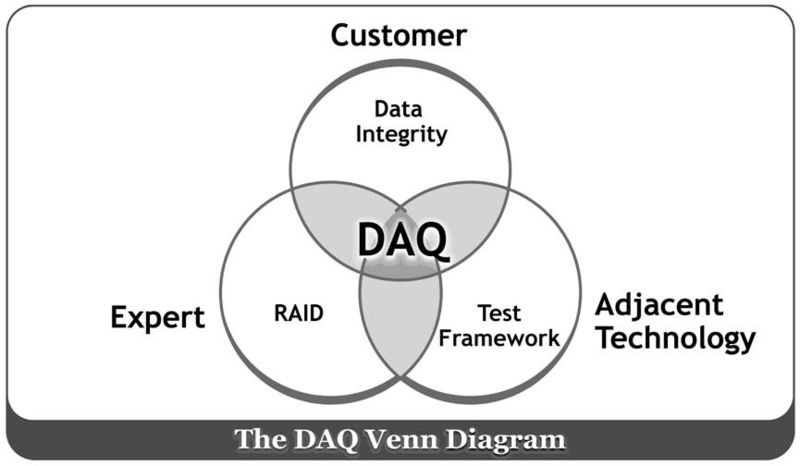 These three circles represent the three basic habits of highly effective intrapreneurs. A highly productive employee becomes proficient in a particular expertise (in this case, RAID). The intrapreneur then takes the initiative to identify problems from the customer sphere (data integrity). Initiative spurs the search to find an applicable adjacent sphere (the test framework) and collaborate.

Collaboration between the two technologists yielded an innovative solution: the DAQ.

The next question becomes: how do you deliver upon new ideas?  The answer to this question will become more apparent in future posts.

Don’t miss an article (3,800+) – Subscribe to our RSS feed and join our Innovation Excellence group!