In March I visited two universities in Egypt that have deployed “mini-clouds” for the purpose of education and innovation: German University Cairo (GUC) and Ain Shams University.

This visit is related with a blog post I wrote several years ago (2011) called Cairo Cloud Formations. In that post, I discussed how the Egyptian innovation ecosystem was “primed and ready” to learn about cloud computing, design cloud architectures, build their own systems, and innovate within those systems.

Looking back on that 2011 visit, several things come to mind:

Our strategy after this visit was to (a) focus heavily on cloud education, (b) generate cloud-specific research proposals with select universities, and (c) build a “mini-cloud” on-premise at the Cairo Center of Excellence with EMC employees.

Two years later, there has been significant progress made on all three fronts. 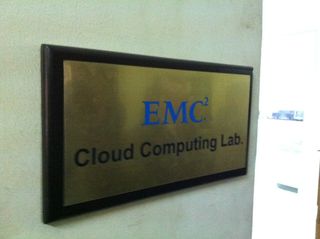 item, however, has had the most impact in terms of advancing the state of cloud computing knowledge (and practice).

The mini-cloud was designed by EMC Distinguished Engineer Wissam Halabi.  To say that Wissam has cloud knowledge would be an understatement.  Wissam is EMC’s leading Cloud Architect and a major force behind the implementation of EMC’s internal private cloud, which supports over 60,000 employees, enables over 400,000 customer/partners, spans 5 geographic data centers, contains over 8 PB of data, and hosts well over 400 unique applications and tools.

So we asked Wissam: what is the minimum configuration that we could build in Egypt that qualifies as a “cloud”?

Below is a picture of his mini-cloud architecture:

It is not my purpose to step through this architecture, explain the components, and articulate how this minimalistic architecture satisfies certain cloud computing characteristics (although I can certainly work with Wissam on a separate blog post if there is interest).

Instead I prefer to focus on the impact this approach had on the innovation ecosystem. EMC employees were able to augment their cloud knowledge with a hands-on activity. They communicated this new knowledge to relevant government and university partners. Customers were brought in to the lab and educated on the approach. Without exception, our government and university partners raised their hands and said “we would like to do the same thing”.

As a result we have launched two EMC cloud computing research labs. These labs are dedicated to serve as a sandbox for (a) students completing the EMC Academic Alliance cloud computing course, and (b) researchers desiring a location to try out new cloud algorithms and ideas. Each lab consists of a VNXe, several servers, and VMware cloud assets.

Why VNXe?  Because the system in and of itself is cloud-like.

The mini-cloud approach is cookie cutter; any university can build a similar system for students.

In upcoming posts I will look at some of the research emerging from these systems, and share a bit more detail about EMC Cairo’s advanced innovation program. 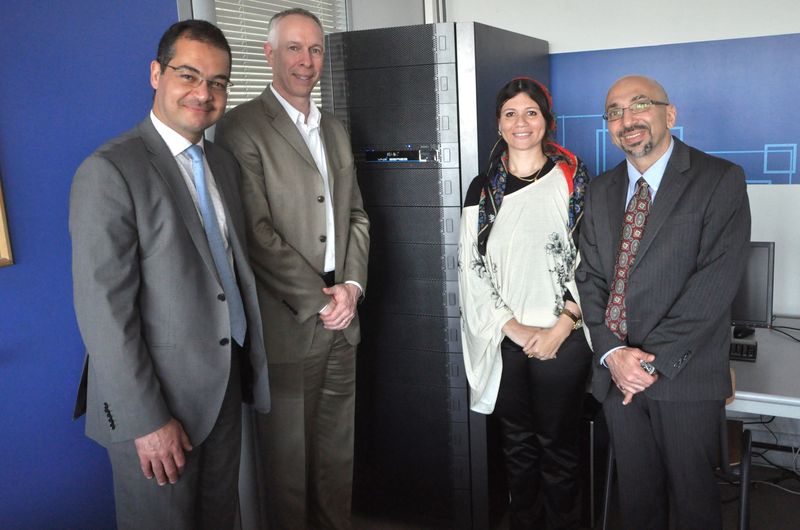