In previous posts I have described how application workloads drove innovation in the areas of block (SAN), file (NAS), and object(CAS) storage systems.  I discussed the evolution of these systems in the context of the increased importance of metadata, and used the diagram below to highlight the different roles these three systems take when it comes to metadata management.

In my last post I claimed that new forms of metadata would challenge the underlying infrastructure even further (and result in new forms of innovation).

For this post, I’d like to describe one of the main areas where evolution in metadata expansion occurred: infrastructure-based workloads.

A wide variety of infrastructure-related applications (IRAs) began to surface as a result of the proliferation of block, file, and object storage systems within a data center.  These IRAs, like their “traditional” application counterparts, had a desire to read and write their own “IRA data” to a robust and performance storage system.  This “IRA data” can be thought of as metadata falling into one or more of four categories:

In order to more fully understand the impact of these applications within the data center, it helps to extend our diagram above to include these new applications alongside the “big 3” storage systems. 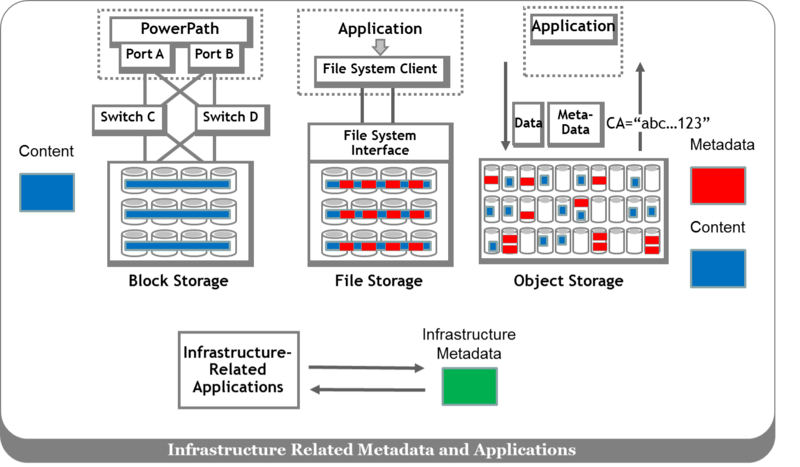 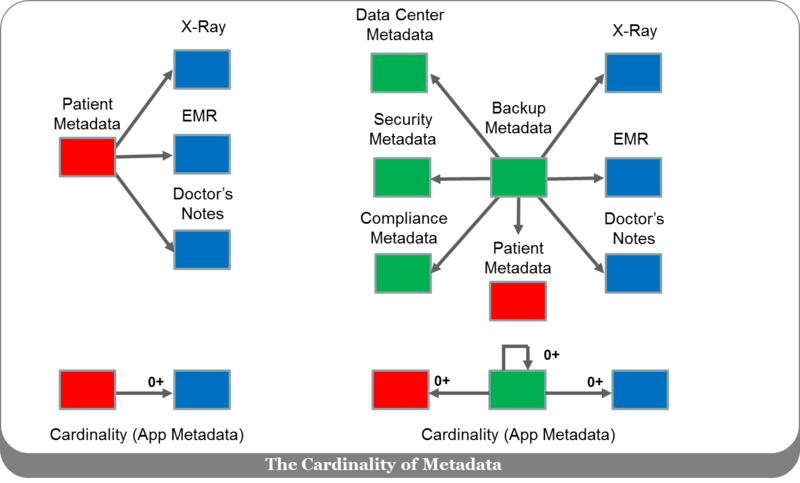 Each type of infrastructure-based metadata has this type of complex cardinality of zero or more.

It’s this exact issue that caused a tremendous surge of innovation, and I will highlight some of these innovations in future posts.