The year 2013 was my first full year as an EMC Fellow, and I spent quite a bit of time mentoring some of the top technical global talent within the company.

The time span of each mentee engagement lasted roughly 6-9 months. My approach was similar in most cases: discuss the lineage of my career and highlight key decisions that led to growth. Often times the most significant learnings about career management emerged from the worst situations. These situations have led me to an insight which is worth applying to your own career:

The chess analogy comes from the common experience of being “moved” like a piece on a chessboard.

I spent 25 years as a software engineer doing essentially the same exact thing year over year: building and shipping products in the high-tech industry. Some of the most frustrating career experiences were the result of decisions that a manager or an executive would make where I was moved to a new project without due consideration. Like many people, I felt that an increasing amount of seniority in the building of high-tech products would give me more control over project choice.

In one particular case, twenty years into my career, I was simply transferred to a new team without being asked. Decisions were made at an executive level to build a new product line, and my skill was mapped to the new organization. As unpleasant as it was, it was a huge shot in the arm for my career for two reasons:

I needed new skills beyond software engineering to give myself better odds at preventing re-assignments to areas I didn’t want to go. This is a key piece of advice that I have been giving to my mentees. These new skills can be more general (social media, leadership, innovation, etc.), or in my industry they can be technology-related (e.g. data science, agile programming).

With a bit of a chip on my shoulder I acquired a new skill late in my career: social media. I worked hard at creating blog content, launching a Twitter account, and gaining visibility outside EMC (something that does not come naturally to many an engineer).

Before my social media experience, an executive might decide “This is the direction that I feel the company should head”, and chess pieces would be moved as a result.

Within several months of developing social media skills, I began making the following types of statements on my personal blog: “This is the direction that I feel the company should head”. I usually backed up my assertion using another valuable skill that I had: 20+ years of trying to build the right products for customers.

As I continued to practice this skill I experienced the occasional phone call or email from people that
wondered what right I had to speak on behalf of the company. In many cases these communications would be delivered by an emissary coming from an executive.

It was then that I realized something. I actually had a seat at the table and was playing the same game as them (instead of being moved around the board). 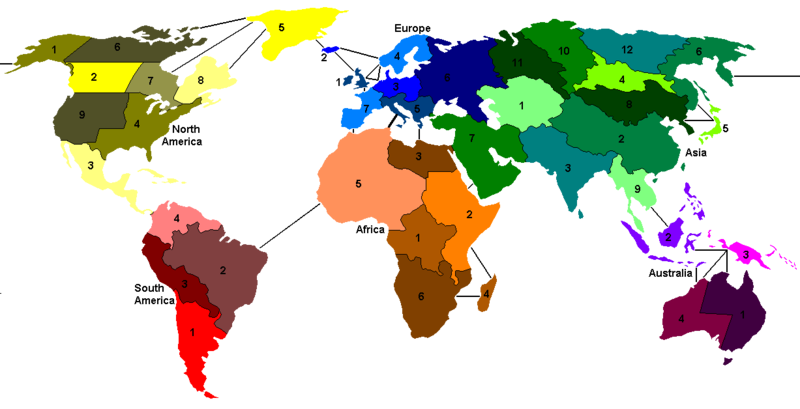 The image above, of course, is a picture of the board game “Risk”, and this is where the Risk analogy comes in. I was playing the role of an equal. I’m not saying that I was an equal: I was just playing the role. That’s a risky place to be. Sometimes I was right and sometimes I made mistakes. It was less safe.

However, as I look back, it was a decision that very few other software engineers made at the time. As a result, my value grew, and I used this value as leverage when I found myself in situations where “reassignment” was discussed.

Ultimately I can argue that this career strategy (augmenting older skills with newer ones) was highly valued by my own company, as I was promoted twice after my decision to learn new social media skills.

So I strongly encourage, in 2014, that you develop new skills that your peers don’t have. One of my co-workers in striving to acquire new innovation skills and has increased his visibility many times over.

Interestingly enough, I found myself in an executive role without the direct ability to move the chess pieces myself. So I had to come up with new management techniques to address this situation.