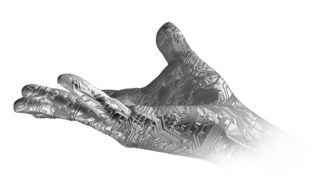 In my last two posts I described how to leverage somebody else’s corporate resources using techniques known as Executive Brokering and Executive Bartering.

After implementing these two approaches myself, I was left with a global team and enough resources to innovate quickly on unapproved corporate strategy (the Invisible Executive’s reason for being). In my case the new strategy was to build a Global Innovation Network Analysis tool.

As I mentioned in my last post, a formal method for acquiring someone else’s resources did not exist. So in my new role of an Invisible Executive I had to create my own approach.

In a similar way, new management techniques are needed to manage someone else’s resources. Several years ago I had read Daniel Pink’s book: Drive: The Surprising Truth About What Motivates Us. This book presented to me some useful approaches to motivate people that work for you. However, I was trying to manage people that didn’t work for me.

I began to wonder if I could slightly modify his methods and motivate people that didn’t work for me. Here is the essence of Daniel Pink’s approach (which he just described at EMC’s annual leadership meeting).

I focused on both of these findings as I began my career as an Invisible Executive. Firstly, I offered a reward to each individual that I had recruited to work on my unapproved corporate strategy. I told them that if they met with me every week, in six months I’d try and arrange for all of them to meet face-to-face at corporate headquarters in Hopkinton. I told them that I’d allow them to speak at EMC’s top technology conference, and I would arrange for them to experience a full day at MIT. This approach worked. We both held up our parts of the bargain. In November of 2011, technologists from six different countries flew to corporate headquarters.

In return, they had spent six months designing and building the first prototype of a global innovation analytics tool.

However, I still needed to secure commitment beyond this short-term window. As I considered Daniel Pink’s three approaches, I felt that an Invisible Executive should always put purpose first. My message to my team went something like this:

“High-tech companies will die if they don’t innovate quickly. EMC’s President calls innovation the lifeblood of the company. Well, if it’s so important, how come we don’t even measure it? We need to measure global innovation across EMC. If we can measure it, we can improve it.”

Keep in mind; I had specifically recruited these people because I already knew that they were innovation leaders in their geography. They lived for innovation already, but I was offering them a chance to increase their scope. Instead of their purpose of “innovation in one locale”, they now had the opportunity to “innovate globally”. This “purpose” is something larger than what was available in their day job. I was asking them to solve something big. They would have a front row seat to all of the research and innovation activity in the company, and be empowered to analyze this data and propose their own corporate directions.

The promise of a short-term reward (the trip to the United States) built momentum.

For the longer-term, I gave them a clear and important purpose: propose what’s next.

In many cases this purpose was invisible to their direct manager. I was using borrowed time to inspire a global employee to contribute to a new strategy.

In my next post, I will describe my approach to grant autonomy on top of that purpose.