Moroccan Adventure: 21 Days of Trying Not to Think About Innovation 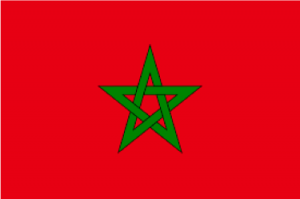 On a recent adventure tour of Morocco with seven dear friends and a super country guide (pictured on my right), my goal was to disconnect and not think about innovation. Not possible! For 30 years, I’ve studied innovation and lectured on the subject and it continues to engage me. Yet on this trip, what emerged was an appreciation for qualities beyond innovation, like the importance of learning from history, honoring and understanding other cultures, and the role of family, aging and spiritual and religious beliefs. What follows are my musings on the trip, and what I learned. Hope you enjoy! Mint tea, anyone? Customs like Morocco’s ritual tea pouring can cause you to fall in love with a country so unique in culture and history that your senses are awakened. You don’t feel the need to check your device every five minutes, but rather to ponder the meaning of “progress.” The ceremonial raising of the silver teapot without spilling a single drop is classic Morocco. The tea is sweet, served piping hot and often with a sprig of fresh mint added. Yum.

Camels are the history of transportation on four legs. Even while riding a camel across the Sahara Desert in Southeastern Morocco, innovation came to mind. These ancient beasts of burden were the cutting edge in their time, and caravans would meet up and exchange goods. Today they are part of a concession – a business — and this is how their tenders put food on the table. This brief sojourn was a highlight of the trip. 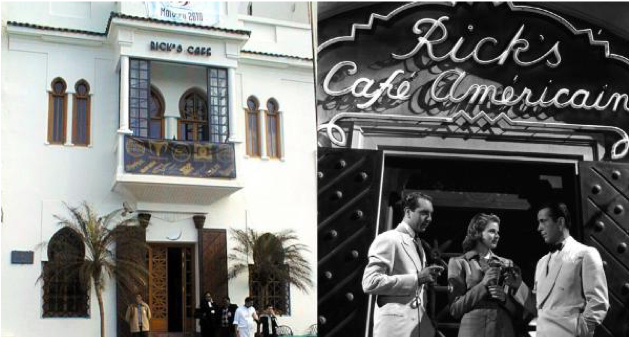 Here’s looking at you kid! This famous line from the 1942 movie starring Ingrid Bergman and Humphrey Bogart put Casablanca on the map, never mind the fact the movie was filmed entirely in Burbank, California. In 2004, a former American diplomat named Kathy Kriger “saw a need and filled it ” and created Rick’s Café in Casablanca, based on the movie. The film industry in Morocco is going great guns, and films such as Lawrence of Arabia, Gladiator, and Prince of Persia were filmed there, among many others.

No innovation here, and that’s the value of Moroccan Crafts. Arts and crafts, made the old-fashioned way, thrive in Morocco, and visitors from around the world love to bring back leather goods, ceramics, pottery and Berber carpets, for their beauty and authenticity. At the low end of the market, Chinese-made souvenirs appear to be making a quiet entry. Not sure this is such a good thing. Various guilds and collectives are forming to insure that this trend doesn’t destroy traditional markets.

Moroccan tourism is booming. A camel caravan took us five miles inland through the “sand seas” of Merzouga to this luxury camp, where our hosts rolled out the Berber carpets to welcome us. This recently opened camp featured flush toilets, hot showers, and wi-fi for those who just couldn’t do without, even for the overnight.

Foreigners are getting in on Morocco’s amazing vibe. As an avid road bike enthusiast, I was on the lookout for fellow cyclists. I saw very few. Cycling on Morocco’s narrow winding roads is not for the faint of heart, to say the least. But I did meet Caren and Mike Bianco, corporate America dropouts from New Jersey, who have embraced an entrepreneurial “Act 3” in their lives and formed a tandem cycling vacation tour called AdventureTandem that brings groups of tandem cyclists to Morocco, Spain and other countries for the road trip of a lifetime.

Don’t miss Morocco’s amazing “blue city.” Our group was blessed to have the most amazing guide, Idir Fez, from the Around Morocco tour company to show us around. Idir provided great driving skills, language translation, humor and a love of his country that was palpable. In this photo, Idir is shown here telling us about Morocco’s Chefchaouen, with its blue walls and doors. Founded in 1471, the town didn’t get its distinctive color until 1492, when an influx of Jews escaping the Spanish inquisition brought with them a tradition of painting buildings blue in hopes of warding off mosquitoes. 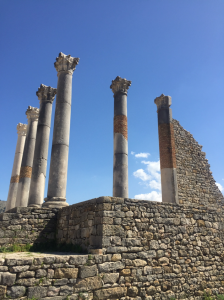 Romans were here once upon a time. Over the centuries, everybody seems to have wanted a piece of Morocco, especially Spain and France and Portugal. Among the first colonizers were the Romans, who in the first century AD, used slaves to build the city of Volubilis. Speaking of innovation, the Romans brought with them improvements that were new to the region: aqueducts, sewage systems, Roman baths, and running water. Even with high walls surrounding the town, they were eventually run off by Berber tribes who’d had enough. Good while it lasted. 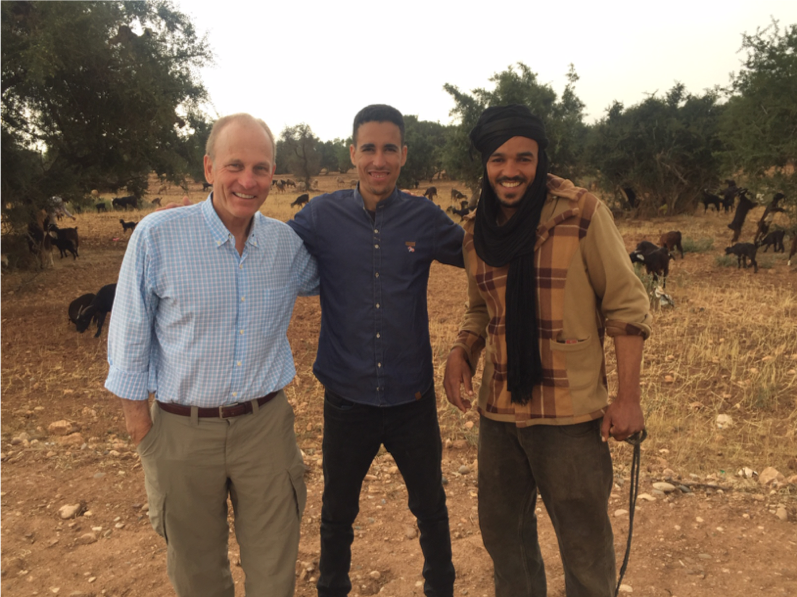 If you want to get away from innovation, try speaking with a shepherd about his life. When our group spotted goats in trees, we just had to pull over. This young man (on your right), was happy to speak with us (Idir interpreted) and even demonstrated his slingshot accuracy. Berber tribesmen still graze their herds on vast open tracts of land the way they’ve always done. The only difference: this friendly goat herder can check prices on his smartphone. Will success spoil the allure of Morocco’s trendiest city, Marrakesh? I sure hope not, but as visitors flock to the Red City (so named because of the red tile roofs), the city’s Arab Quarter is becoming overrun with snake charmers, drummers, hawkers and hordes of tourists. In 2017, eleven million visitors descended on the city, up 10 percent over the prior year.

Sardines: delicious catch of the day. These tasty delights were caught hours earlier and delivered straight to the restaurant in the seaside town of Essaouira. The fishing industry on Morocco’s Atlantic coast is booming, its huge nets and methods unchanged from earlier decades. We’ve all seen fish markets before, but this one was right out of a movie!